The Gabriola Arts Council is pleased to announce that potter Graham Sheehan of Sunstone Pottery is the recipient of the 2017 ARTY Award. Graham has been an active member of the Gabriola community for 40 years, as artist, teacher, musician, Islands Trust trustee, and generous contributor of time, energy, and his beautiful works of pottery to numerous community events and projects. Graham is also a veteran of the Thanksgiving Studio Tour—in 2017 he will be participating in his 20th Tour.

Graham served as a Trustee with the Islands Trust in the early 1980s, and—backed by a degree in civil engineering—was a gifted and beloved math teacher and ceramics instructor at VIU. Graham has continued to express his love of teaching by offering introductory and advanced programs in ceramics for children and adults from his home studio, generously sharing his knowledge while mentoring the next generation—numerous young people have worked with and been mentored by Graham over 40 years, most of whom remain part of his extended family.

Graham’s extensive skill in kiln building has always been shared with potters who asked for advice. Over the years, Graham has built more than fifteen kilns, both gas and wood-fired, and he has mailed his wood-fired kiln plans to potters all over the world. He is an inspiration to anyone trying to make a living as a potter, and he rarely refuses a request or opportunity to share his knowledge. 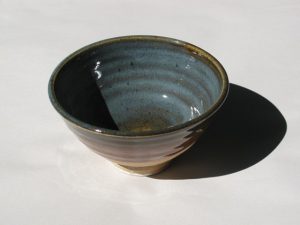 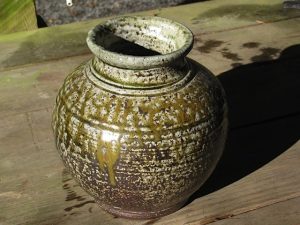 Graham was deeply involved in the Empty Bowl project for four years, when people would come to his studio to make a bowl for World Hunger Day. (The bowls were auctioned off at Artworks and the money went to PHC.) He has been part of many craft cooperatives—working as a group has always been important to him.  He has continued to be involved with the Empty Bowl project at Nanaimo high schools.

In 2016, Graham worked closely with students at NDSS to create a beautiful ceramic and wood “button blanket” on the wall of the school cafeteria; he was honoured by the school district for the work he did with the art teacher and her students. He is currently working with students at Gabriola Elementary School to create a Welcome Wall that will be visible to all visitors to the Island.

To quote the community member who nominated Graham: he cares and he shares.

What is the ARTY Award?

The ARTY is given to a person (or organization) who has made a significant contribution to the arts scene on Gabriola, and especially in the past twelve months. The purpose is to honour the contribution, commitment, hard work and engagement of artists, artisans, art lovers, and arts supporters on Gabriola Island, and to bring them to the attention of the community.

GAC requests nominations from the community in February and March. The Board of Directors reviews all nominations and makes the final decision based on the information received and their knowledge of the nominated artists’ work and achievements over the previous 18 months.

The ARTY Award will be presented at the Artist Appreciation BBQ and Isle of the Arts Festival Wrap-Up Party on Sunday, April 16th at the Gabriola Art & Heritage Centre.

To see more of Graham Sheehan’s pottery, check out his Directory page.

Photo of Graham by Bill Pope

← GAC Board of Directors
Join the team! →