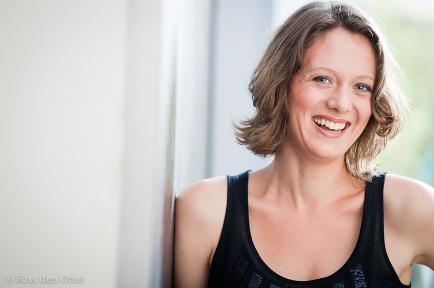 A fascinating Q&A with Colette Nichol from Swimming with Piranhas

Colette Nichol: That’s a tricky question!  I’m looking forward to many things.  First and foremost, I’m excited about sharing Swimming with Piranhas with a Gabriolan audience.  This is a show I’ve worked many long hours on and that matters a great deal to me, so I’d be lying if I didn’t say that was at the top of my list.  I’ve also never been to Gabriola, but I have heard amazing things about the Island.  So getting to know the Island, meeting new people, and being part of an artistic and cultural event, are all things that I’m looking forward to.

GTF: What was the inspiration for your new show, Swimming with Piranhas? What can the Gabriolan audience expect from this show?

CN: Gabriolans can expect to be taken on a spiritual adventure with my solo show Swimming with Piranhas.  The show starts in darkness but slowly moves into light as the main character inadvertently transforms her life in surprising ways and through surprising events.  The show was inspired both by the time I spent in the jungles of Ecuador and my experience in seeing so many people I love struggle with cancer.  It’s definitely a show that is based on a world view of hope and joy, but it dips into some deep dark pools along its way.  You will likely leave the theatre feeling uplifted, moved, or perplexed.

GTF: How was it that you ended up working in theatre? Can you tell us a little bit about your journey?

CN: I have been performing consistently since I was a kid, and being a professional actor was something I started dreaming of at an early age. Growing up in a small town, I participated in every theatrical event I could get myself into, some of which were more than a bit ridiculous. Then at age 17 I moved to Toronto to study acting professionally. My path has turned out to be a circuitous one that has not followed the standard trajectory for an actor.  I didn’t stick to one acting school.  I studied with many teachers, learned various techniques, and ultimately ended up throwing myself into solo performance.  At the age of 22 I wrote and performed my first solo show while living in Ecuador, and I subsequently toured across Canada for three months.  I took a break from acting for a few years after that, and then I started writing Swimming with Piranhas. While I do eventually plan on going back to ensemble work, solo shows are something I’m passionate about and hope to continue working on in the

GTF: You work in many other mediums. Can you tell us a bit about them?

CN: I’m a proud multihyphenate.  In addition to acting and writing, I own my own company: Story Envelope Media, which helps socially conscious entrepreneurs and businesses connect with their audiences through the creation of online video.  Moving pictures are a passion of mine because my core interest is story; thus, any medium wherein a story can be told is a medium that interests me.  I also dabble in dubious poetry, and the world of feature filmmaking is something I plan on diving headlong into within the next few years as well.

GTF: What is your experience with the theatre environment on Canada’s west coast?

CN: I live in a funny limbo between theatre and film.  Much of my acting training in Vancouver as was with film-oriented actors, who would then occasionally put on a show.  And with my main theatrical interest for the past 8 years being solo theatre, I have had a unique experience of theatre on the west coast.  Rather than being inside a particular theatre circle, I experience the theatre world as someone on the fringes, dipping a toe in here and there to support a friend.   But mostly my experience of theatre on the west coast is one of solitary rehearsals interspersed with great conversations with thespian friends, and a healthy dose of attending shows. My favourite time of year for theatre is the summer fringe festival season, since I love seeing people in chaotic lineups to go to the theatre.

GTF: What show are you most looking forward to seeing at the Gabriola Theatre Festival?

CN: Definitely I’m most excited about seeing Clayton Jevne’s Falstaff.  Watching solo shows is one of my favourite theatrical experiences, and this one is particularly enticing.

GTF: Is there anything else you think Gabriolans should know, or would like to add?

CN: Well, I’m always worried people are going to think that I actually behave like the main character in my show, so since I have the time here now to set that straight, I would like to assure anybody who does go see my show that it is entirely a piece of fiction.  Aside from that I love hearing people’s feedback and musings about Swimming with Piranhas.  The show seems to hit everyone slightly differently.  So if you come see the show, feel free to walk up to me randomly or send me an e-mail telling me what you think!  Theatre is made both for the artist and the audience, and that connection between artist and audience is something I place a lot of importance on.  And of course, thank you for having me to Gabriola!